"Peter Eussen combines sharp analysis with a dose of humour that puts things in perspective, and a ‘down to earth’ attitude. This enhances a process that is real and not artificial." 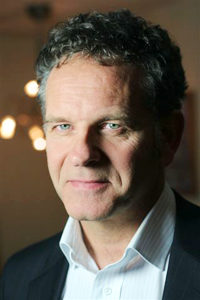 Drs. Peter Eussen is the owner and founder of Eussen Executive Development. As a cultural Psychologist and change practitioner he attributed a lot to the development of methods like action based learning and Outward Bound®. His professionalism was acquired in years of acting as consultant and trainer within different consultancy and training companies. He worked on change programs, leadership development and team development questions for middle and large companies. In the past 30 years he also set up a successful coaching practice.

After the Gymnasium he graduated at the College for Physical Education. After that he graduated at the Katholieke Universiteit Nijmegen as a Psychologist of Culture and Religion; later he acquired a Master degree in Psychology of Work behaviour. As a street corner worker he had his first experiences with complex group-behaviour and high impact training for difficult and criminal youth.

In 1985 He took off to India to work and study at the Universities of Delhi ( DU) and Varanasi ( BHU). Here his other passions were further developed: Buddhism, travelling and mountaineering. His biggest favourite: Tibetan Himalaya. After his return he started his career as consultant and trainer at the international Outward Bound School®, later at other consultancy companies and finally at Eussen Executive Development.

"Sometimes you need more than a good talk to mobilize people"